The National Irrigation Administration (NIA) is a government-owned and controlled corporation primarily responsible for irrigation development and management. It was created under Republic Act (RA) 3601 on 22 June 1963. Its charter was amended by Presidential Decree (PD) 552 on 11 September 1974 and PD 1702 on 17 July 1980. Both increased the capitalization and broadened the authority of the Agency.

NIA's forerunner was the Irrigation Division of the defunct Bureau of Public Works. NIA was placed under the Office of the President (OP) upon its creation. It was attached to the Department of Public Works, Transportation, and Communication under PD No.1, dated 23 September 1972. The issuance also integrated all irrigation activities under the Agency. The Administrative Code of 1987, dated 25 July 1987, attached NIA to both the Department of Public Works and Highways (DPWH), and Department of Agriculture (DA). But NIA remained attached to DPWH. It was transferred to OP pursuant to Executive Order No. 22, dated 14 September 1992. Then, it was attached to DA under Administrative Order No. 17, dated 14 October 1992. 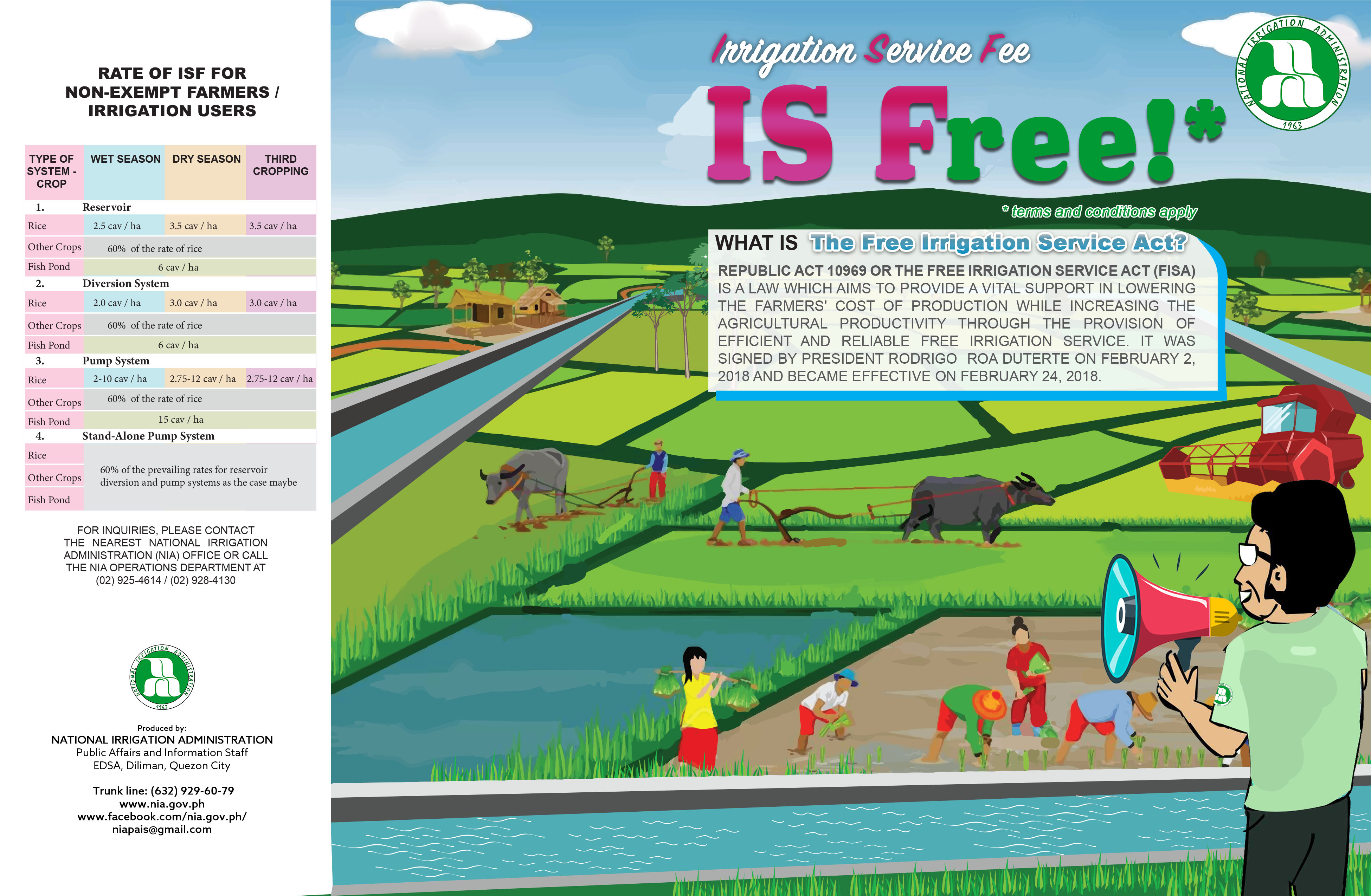 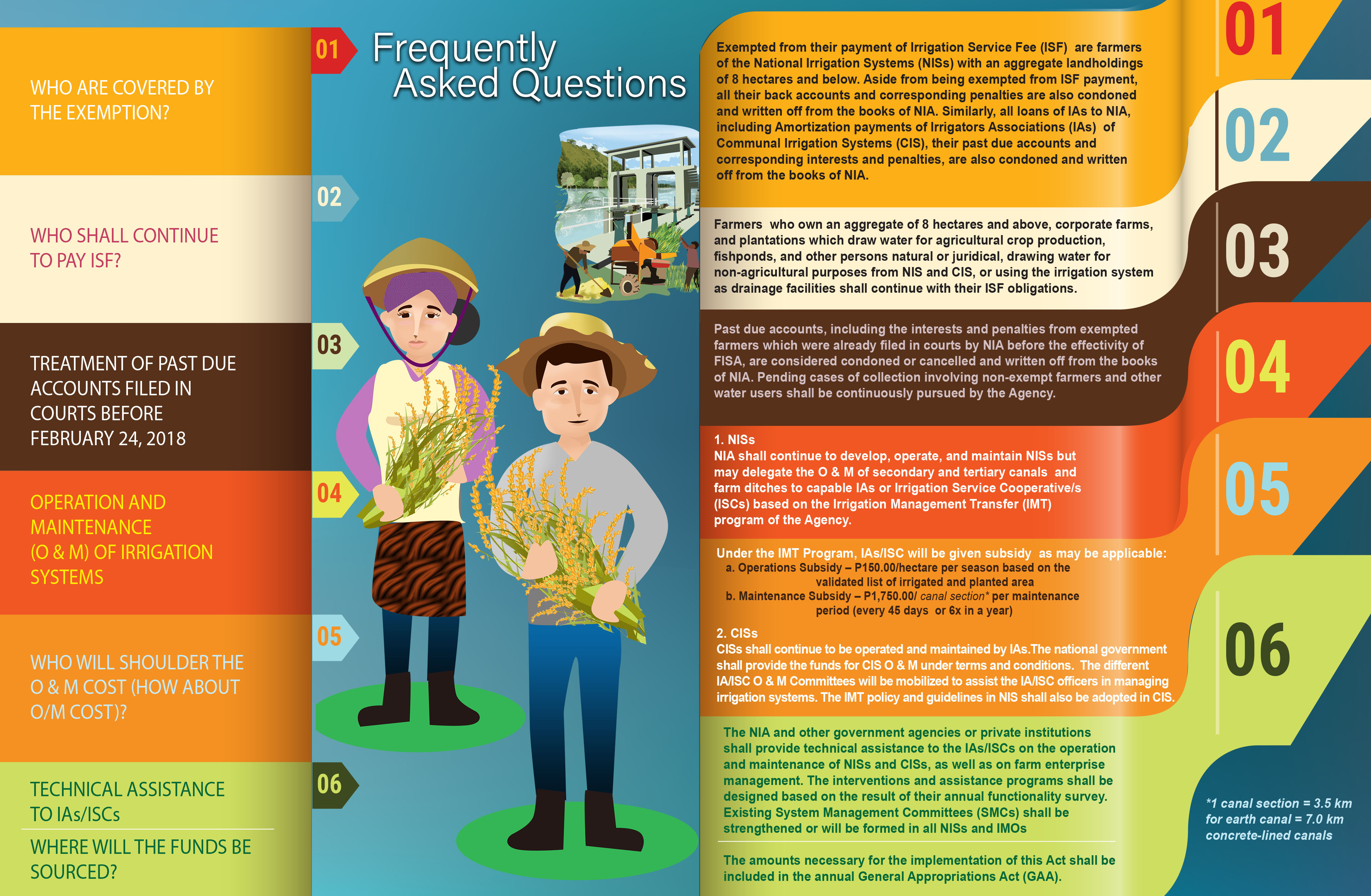