Ensuring that farmers can already avail of the irrigation service in the approaching planting season, the National Irrigation Administration Regional Office XI pushes through with the soft inauguration of Upper Saug River irrigation Project (RIP) in New Corella on April 8, 2022. 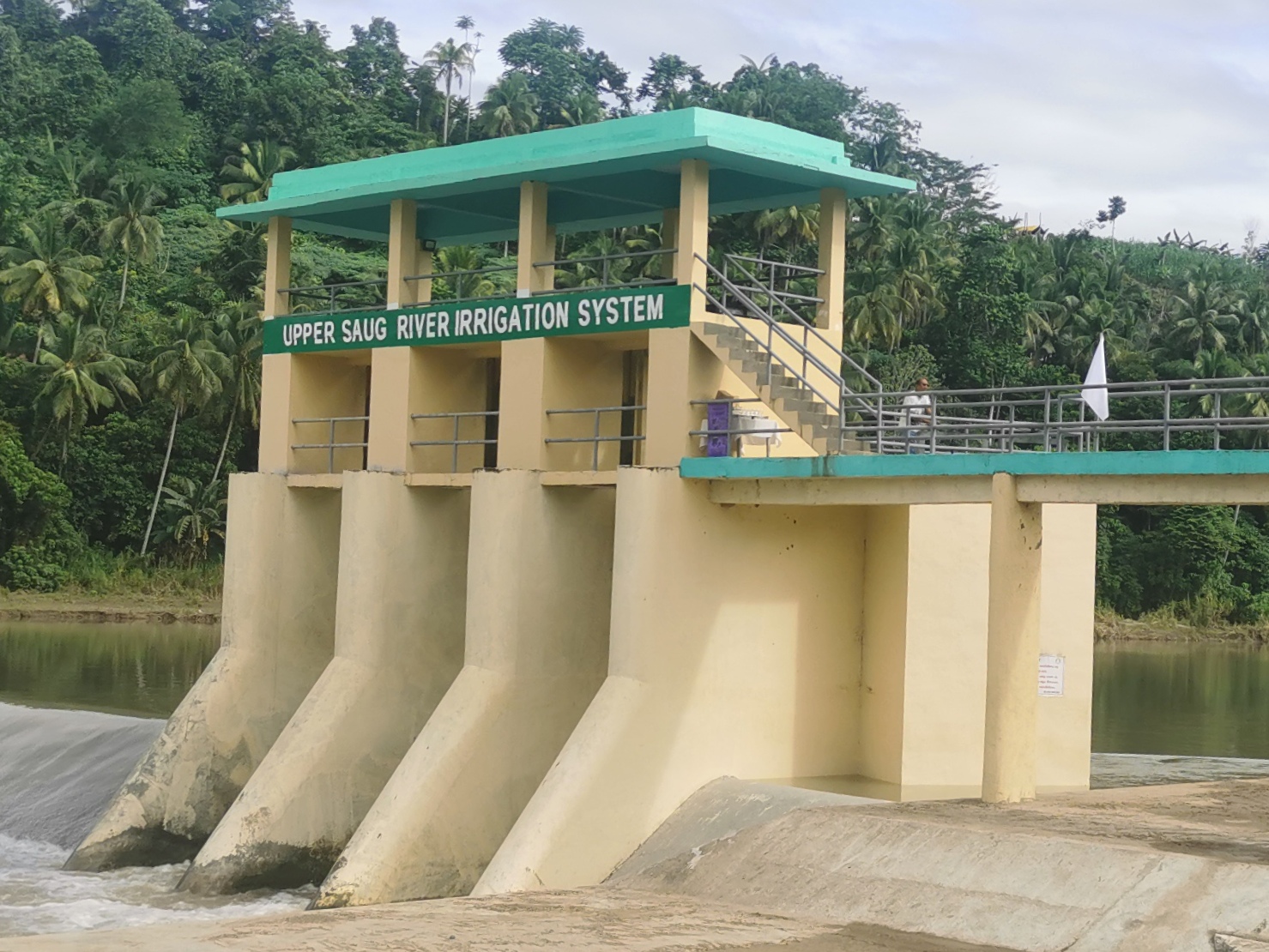 NIA Administrator Ricardo R. Visaya along with Deputy Administrator for Administrative and Finance Sector Ralph Lauren A. Du led the Soft Inauguration of the big-ticket project at its dam site located in Barangay Cabidianan. The project, through the provision of efficient, reliable, and sustainable irrigation service, will benefit 980 hectares of farms spanning over five barangays in the municipality.

A closer look of the diversion dam reveals the lifting mechanisms of the sluice gates. 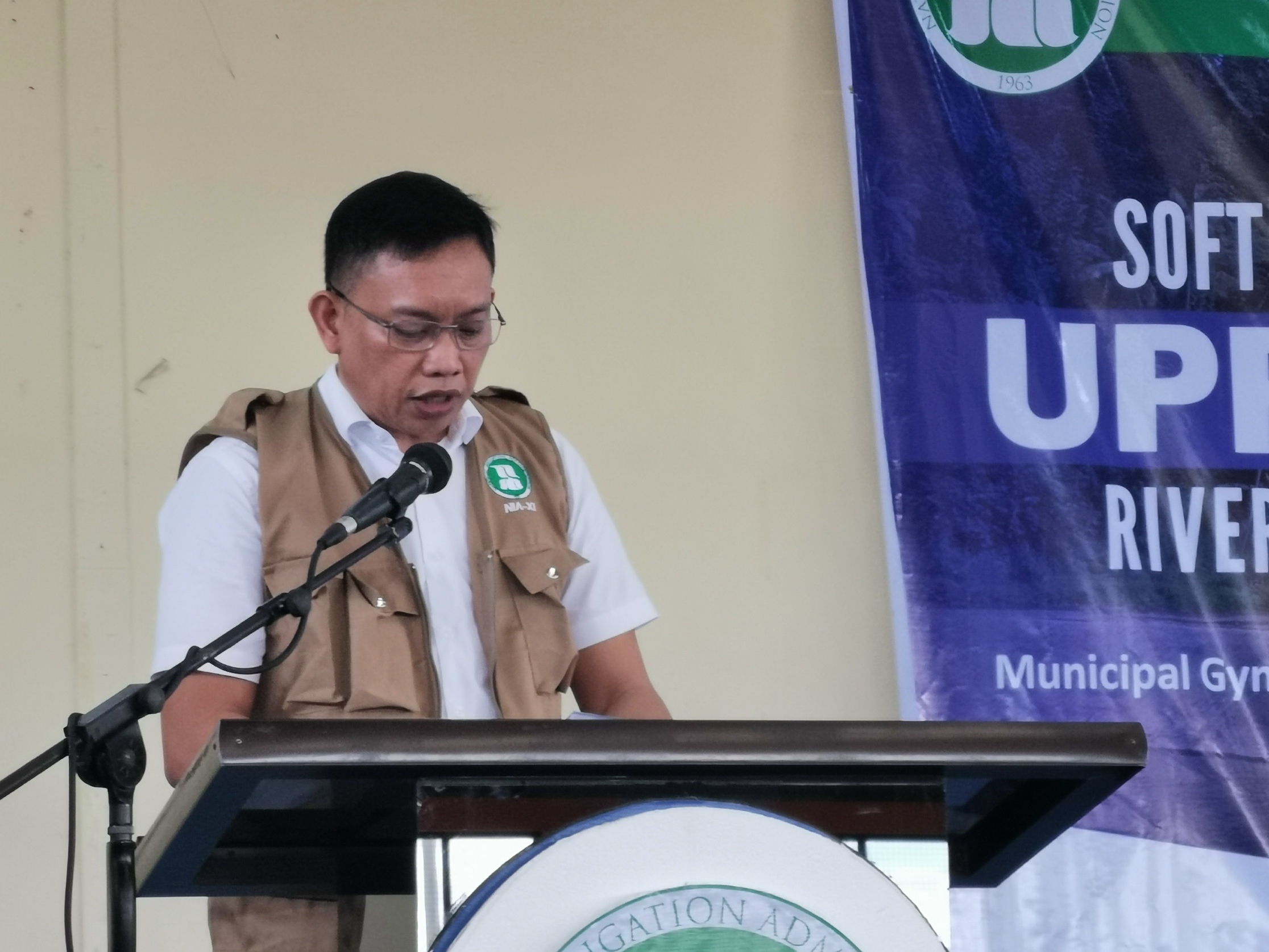 Regional Manager Jimmy L. Apostol acknowledged the support from the national government through President Rodrigo R. Duterte, and the different offices of the provincial, municipal and barangay Local Government Units (LGU), and of the Indigenous Peoples of the Manguangan and Dibabawon tribes. 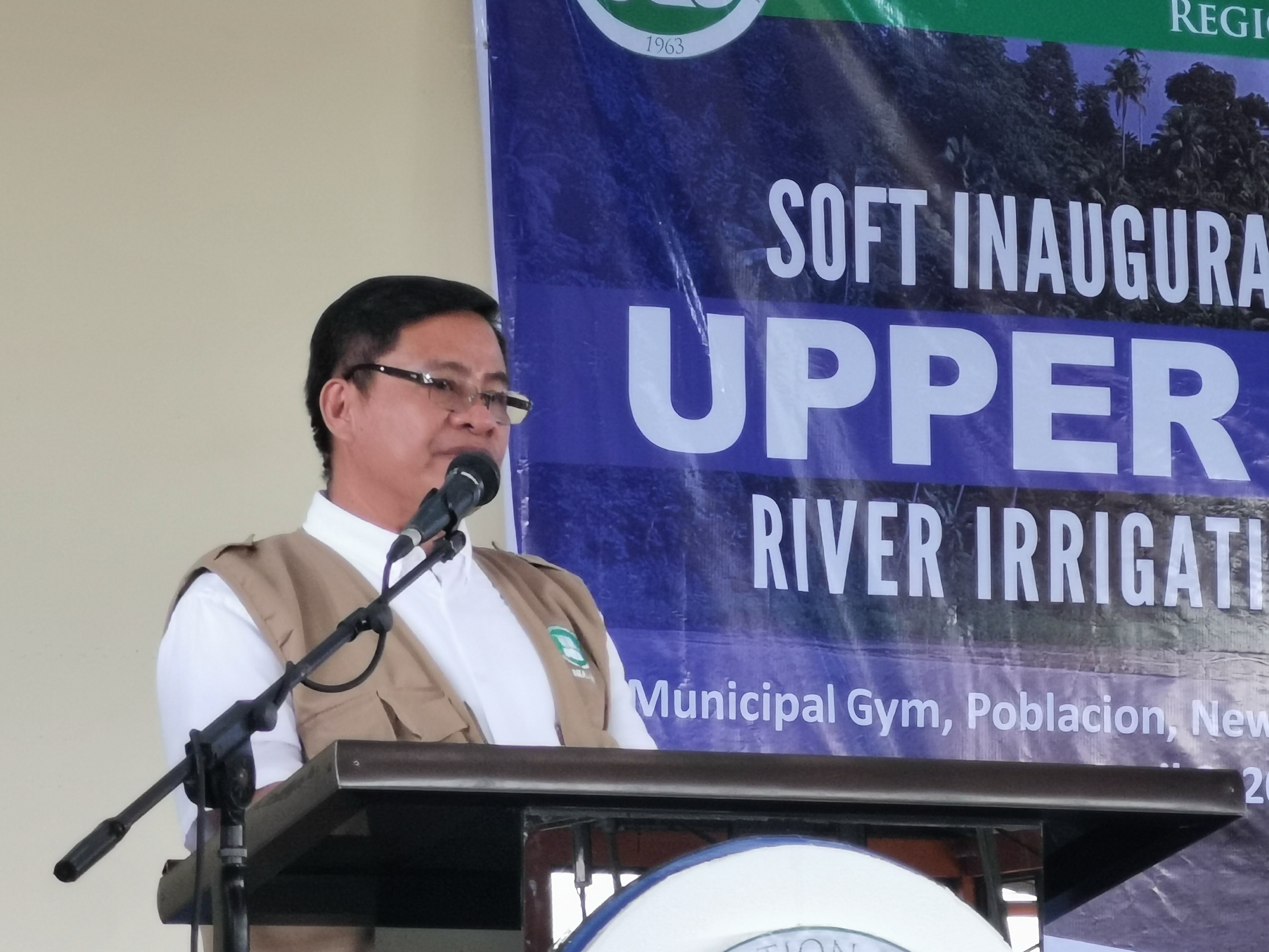 The feasibility study of the project took years to be finalized as the design scheme and location had to be changed.

NIA Administrator Visaya explained that as a big-ticket project, its funding and implementation were programmed on multi-years: 2016 to 2018, 2020, and 2022. He was pleased to finally realize the irrigation project and committed saying, "it is a soft inauguration in the sense na pwede ng gamitin, at itutuloy natin ito hanggang end of this year para ang lahat ng service area nito ay mapapatubigan na." 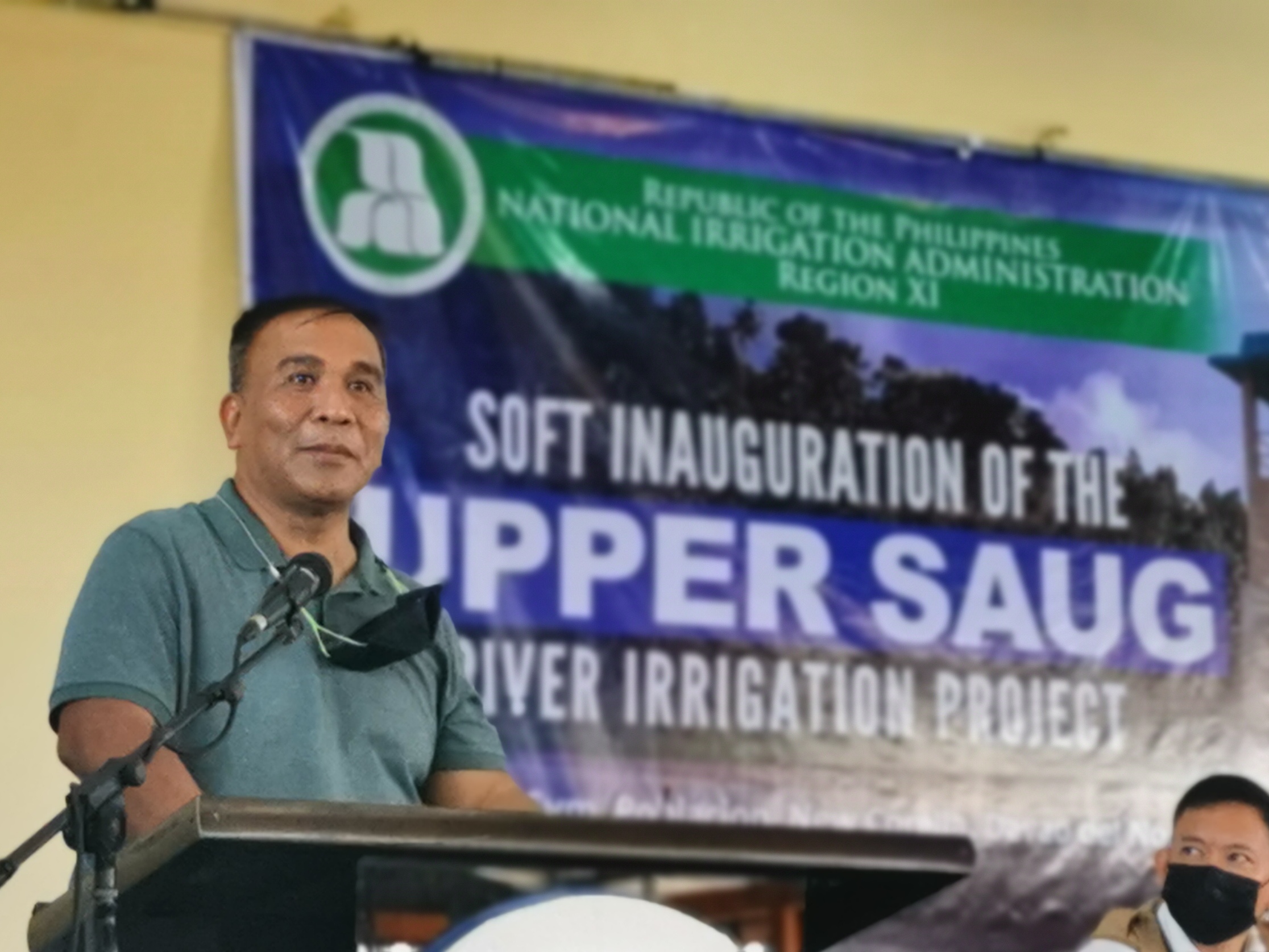 NIA Administrator Ricardo R. Visaya as he gave his message at the soft inauguration program.

As of February this year, the project is already 86.79% complete which included the diversion dam, 10.90 kilometers of main canal, laterals A and C with a combined length of 3.37 kilometers, 77 units of irrigation canal structures, 40 units of drainage canal, and one gate keeper's quarter.

Once completed, the Upper Saug RIP will irrigate a total of 980 hectares with 310 farmer beneficiaries.

The pre-recorded video message of President Rodrigo R. Duterte which was witnessed by the participants in the soft inauguration.

The event concluded with President Rodrigo R. Duterte’s pre-recorded video message where he acknowledged everyone involved in Upper Saug RIP and said,  "This project is expected to benefit the farmers of New Corella, Davao del Norte and the surrounding areas. I hope that it can make farming easier and more profitable as we have employed new technologies and methods to promote greater productivity."